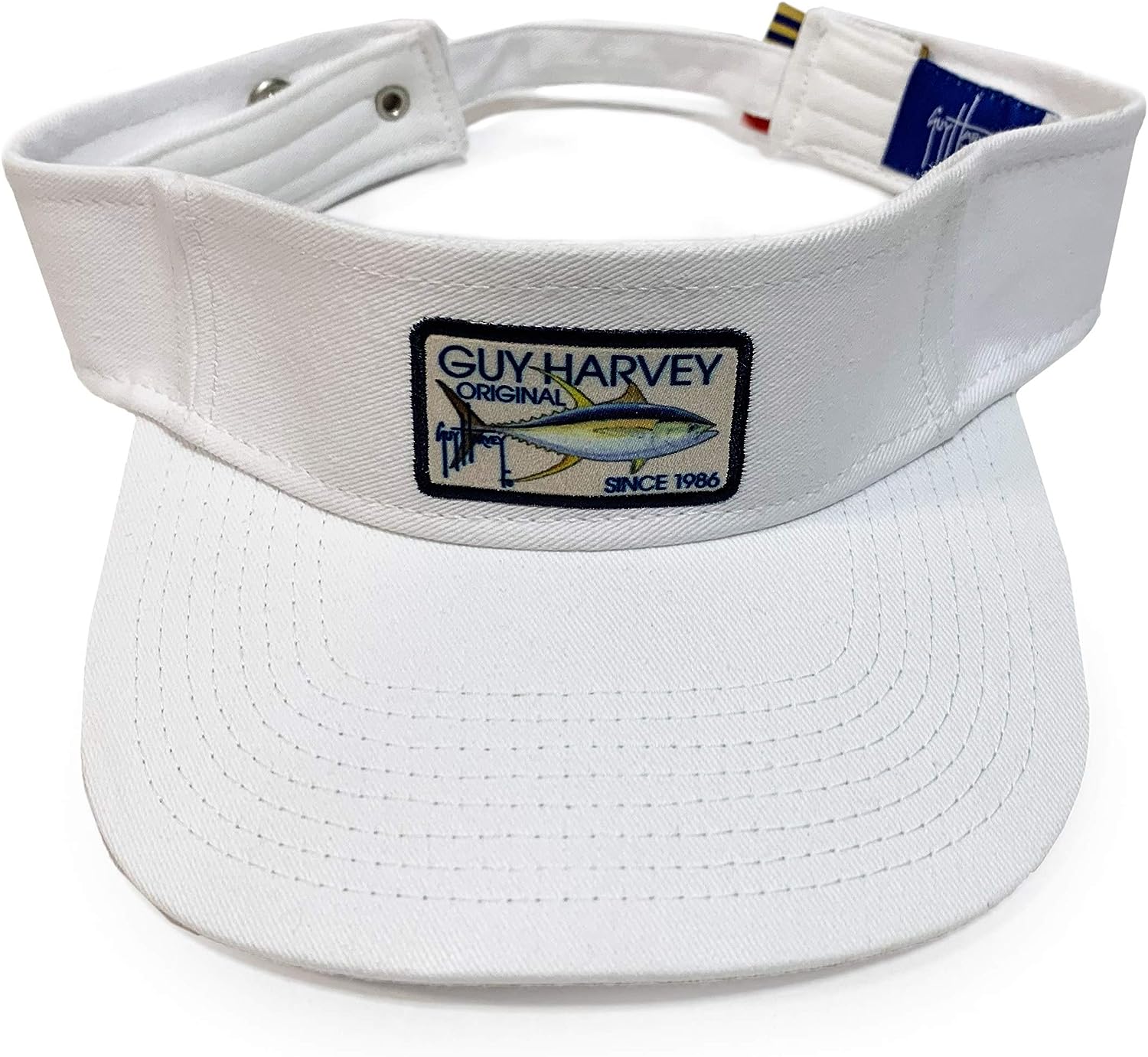 When youâre out on the boat you want to keep your face covered and the glare of the water out of your eyes. Thatâs what makes this Guy Harvey ladies Tuna Patch Visor such a great choice. This handy visor features a sturdy, wide bill and a brim decorated with a patch depicting Guy Harveyâs original artwork of a Yellowfin tuna. Whether youâre out on the boat, the golf course, or anytime youâre going to be outside all day youâll appreciate this convenient visorâs ability to be adjusted for the perfect fit to stay on securely and to keep your face in the shade and your head cool. Help Save our Oceans! Your purchase supports the health of our oceans and marine life. A portion of the proceeds from the sale of all official Guy Harvey merchandise benefits the Guy Harvey Ocean Foundation, which conducts scientific research and hosts educational programs to help save our seas.